107 sound effects to use in your game or project. Weapons Construction Kit contains a mix of weapon sounds that can be used as supplied or easily combined to make new effects. The pack includes clicks and trigger noises, motors, deep sci-fi artillery sounds, as well as lasers and space weaponry effects. The pack makes the most of separate wet, dry, stereo and mono sounds. Each is processed optimally; the mono sounds for example have no panning or chorusing, they aren't simply a merged version of the stereo sounds. All loops are seamless. This pack includes all sounds in mono and stereo, and also dry mono and stereo (without reverb or delay).

Created and supplied by Mark Sheeky of IndieSFX, a sound effect library for games founded in 2002 which contains over 6000 original sounds. These sounds are free to use in your game or project. See Licence.pdf for full terms.

In order to download this sound pack you must purchase it at or above the minimum price of $10 USD. You will get access to the following files: 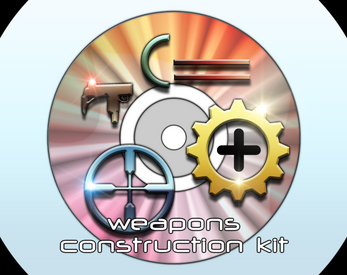